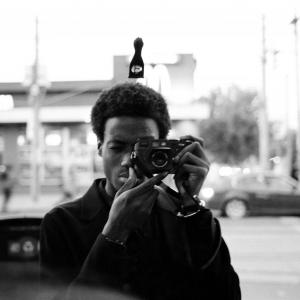 Bidemi Oloyede (b. 1996) is originally from Port Harcourt, Nigeria now based in Toronto, ON, Canada. He holds a BFA in Photography from OCAD University in Toronto.

Bidemi Oloyede is an emerging street and portrait photographer currently based in Toronto, ON., who captures the energy and emotion of people in their natural environment and social landscapes in a documentary style using predominantly black and white film. His impulse documentary style is a reflection of the interaction or inner dialogue between the photographer and the subject. Oloyede is interested and invested in the physicality of film, the historical and chemical context and legacy of image making and the laborious process of traditional darkroom techniques. He seeks to explore the ‘Human Condition’, everyday people and the influences behind how people function in their social-political contexts.

What do you listen to when you work?

Try-before-you-buy with a 3 month rental. 100% of your rental payments go towards the purchase (interest free). Message the artist directly, and start the conversation.

We make it easy for you to try art with smart payment plans and try-before-you-buy models.

See How It Works

Artwork protection is included on all art rentals up to $10K. Our Customer Care team is always here to help.

1% from every transaction goes towards a Canadian arts nonprofit.